Free shipping on all orders over $40

Beard Styles That’ll Make You Look Like a Modern Viking

Can You Grow A Beard Viking Style?

We know you’re interested in viking beards, and we know you want to grow one.

Even for fully bearded men, attaining the viking beard style is difficult. There’s a lot more to it than you think, and vikings back in the day put a lot more effort into their beards than we previously thought.

Seriously! You probably thought Vikings were savage people who never bathed or took care of themselves.

This is only half true.

While vikings did slaughter, pillage, and conquer, they actually took a considerable amount of care of their personal hygiene. Sure, they didn’t shower every day, or brush their teeth, but they did clean their beards and their skin frequently.

If you keep reading, towards the end of the blog we discuss a fun fact of how they actually cleaned themselves, and it’s kind of disgusting.

Vikings cared so much about their beard that they even brought a comb with them wherever they went to properly style their facial hair.

So, don’t even think for a second that a viking beard is easy to have. It’s not, and it requires dedication.

A Quick History Lesson About Vikings And Their Style

Before you consider adding a viking beard style into your life, it’s important you know more about who vikings are, their values, and their overall look.

History knows vikings mainly by their raids of northwestern Europe in the 8th to 11th century.

They came from Scandinavian countries like Norway, Sweden, and Iceland in the form of longships, which were some of the most superior boats at the time and gave them combat advantages.

What started as small raids on European coastal villages grew into larger scale raids that occurred in inland European towns.

Most people thought Vikings wore horned helmets and were extremely tall, but this is actually false. It is likely that vikings did not wear helmets and let their hair flow freely.

European documentation, both western and eastern, describe Vikings in various ways. Some described the vikings as sculpted looking with tattoos, where others described them as having clean hair and makeup.

So, on account of many different recordings from that time, it can be said with certainty that:

How to Grow a Viking Beard?

Now that you know some more about The Viking Age, and the fantastic beards and hygiene that came with it, how do you actually grow a viking beard?

There’s a few markers you have to hit before you grow a viking style beard.

This one is pretty obvious, you need a large beard to properly style it. Either in length or thickness, and preferably both. The longer your beard, the easier it will be to braid it.

A thicker beard will make your braided/styled beard look more full, so paired with a long beard, you’re well on your way to the viking beard of your dreams.

Don’t be discouraged if your beard is smaller than you’d like, you can still braid a smaller beard. It will just be more difficult, and might take more time to get down correctly.

So, you’ve got a big and long beard, but are you managing it? You’re going to need beard oil if you don’t already. This will make your beard easier to style and manage when you’re on your journey of the viking beard style.

If beard oil isn’t your thing, but you still need moisture, consider a leave in conditioner that will keep you smelling and feeling fresh.

Carry a comb too. Viking men were known to carry combs on them to brush their facial hair and their beard.

The combs they used were often made from bone, but you can more than likely find one at your local walmart that is just as efficient. A bone comb sure would look cool, but you may scare some of your family and friends in the process.

So, before we start our list of the different viking beard styles, make sure you’ve got the hair and grooming habits to do it.

The ideal length for beard braids is 4-5 inches at the least, with a longer beard being easier to manage.

Before you start your braid/style, make sure you’ve put in a beard tonic, it will smooth your beard out and make it much easier to style.

So, here are 4 viking beard styles that will scare even the mightiest of Anglo Saxons away. 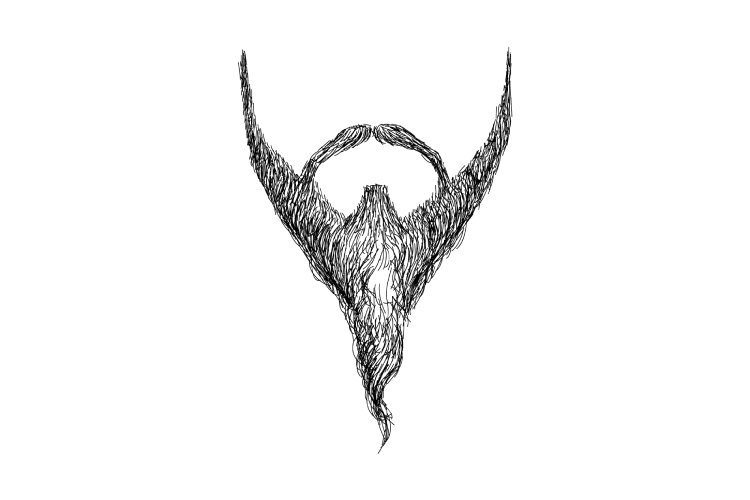 Here’s a style where the name is the perfect description of it.

If you’re going for a more berserk style, this is the one you want.

Keep growing your beard and don’t trim it until it’s at your desired length. Once you’ve got your beard where you want it, trim your beard up and add some beard oil to keep it looking slick.

There’s really no rules to this one. The longer and thicker the beard, the better. A well kempt long and thick beard will have you looking like the fiercest of berserkers.

The single braid is definitely the most common type of braid, and is your safest bet when starting out with a beard braid. 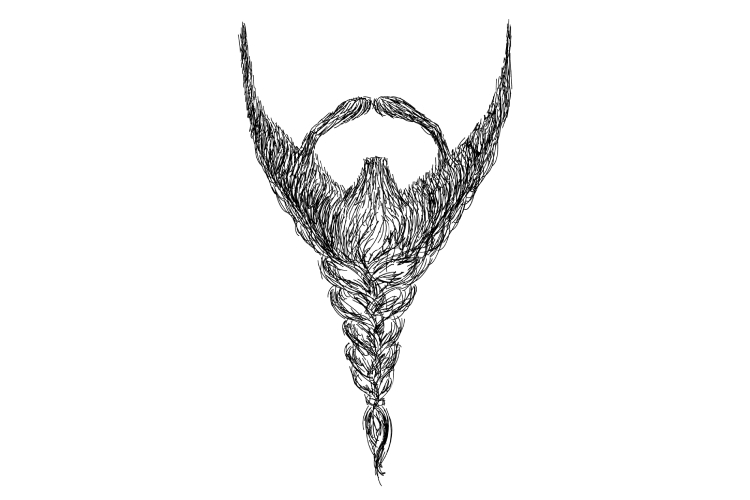 This look is probably the most palatable if you’re looking for a modern style while still showing off your inner viking. It’s not too flashy, but still shows your substantial beard length and effort that went into making your braid.

Here’s a style that has some pnash to it. The double braid not only makes you look like a seasoned berserker, it also shows people how much effort you put in. 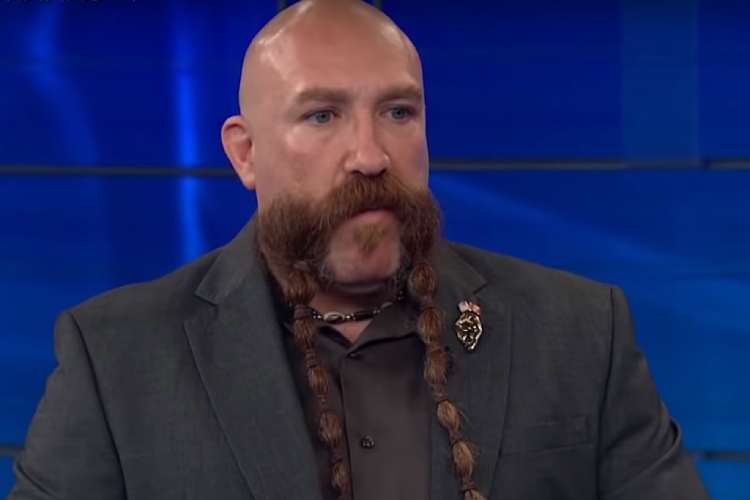 The beard in the photo is somewhat longer than your average beard, but don’t let that discourage you from trying this style out. You can achieve this look with a much shorter beard.

And how could we forget, the triple braid. This is a style where you’re going to need some of the most facial hair to pull off. 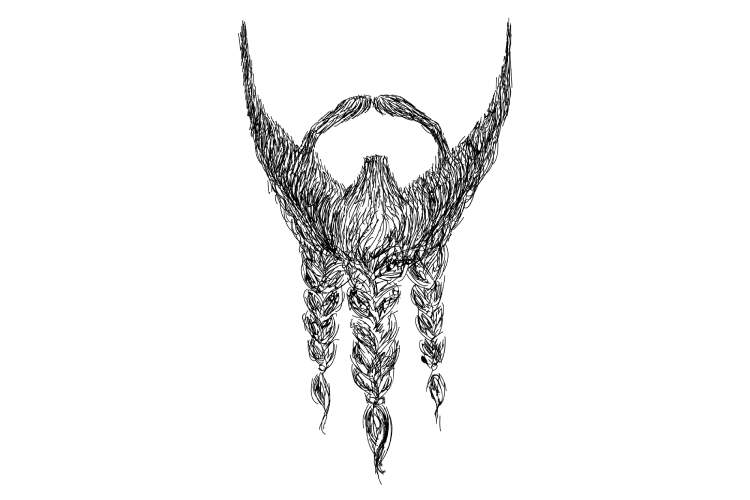 The triple braid is our personal favorite when it comes to viking beard styles because, well, three is better than two! Three braids shows off just how much facial hair you have in a very intricate and exciting way.

This is one of our favorite braids because of how naturally it blends in with the rest of your beard. Ideally you’ll have enough hair coming from your goatee to pull this one off, because you’re not using any hair from your chin for this braid. 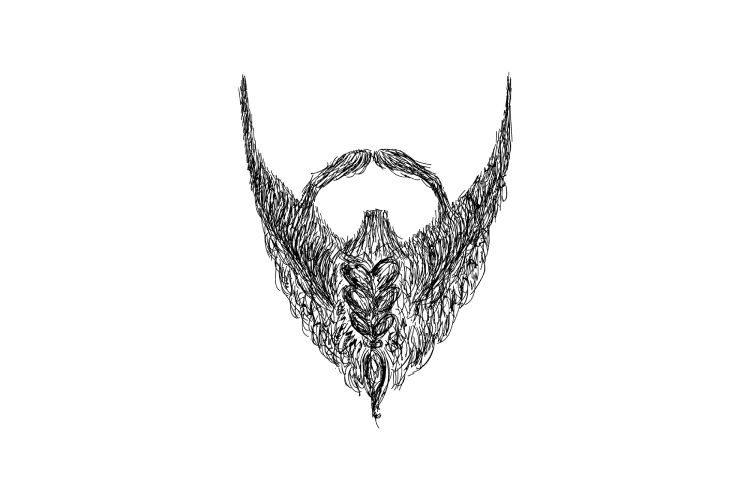 By now, you’ve either gone full viking, or you haven’t. Either way, we want to share some fun facts about vikings so you can impress your friends if the subject ever comes up! You may be surprised at what subverts your expectations!

Go Get Your Viking on!

We hope you liked our post about viking culture, beards, and fun facts about Vikings. By now you should have a really good idea of what the Vikings did. At the very least, we hope we dispelled some of the common misconceptions of Vikings.

By now you probably have realized that it’s hard to look like a viking. They put more thought into their overall style and hygiene than you think. What’s even more difficult is pulling it off in a modern looking way.

Hopefully, you’ve got a picture of where you want to go from here. Think about how long you can grow your beard, and whether or not carrying a comb made out of bones will get you kicked out of the office or not.